Walt Disney Travel Company is excited to announce the launch of its brand-new, star-studded podcast Journey to the Magic hosted by Giovanna Fletcher set to launch on 8 September 2021. Each week, Queen of the Castle, author and long-time Disney fan, Giovanna Fletcher, will be inviting one of her celebrity guests to talk all things Disney holidays. They’ll be sharing magical memories, funny stories and family traditions from their holidays to Walt Disney World, Disneyland Paris and Disney Cruise Line. Listeners can expect lots of insider tips, Disney hacks from the celebrity guests, plenty of holiday inspiration and even a chance to win a dream holiday to Walt Disney World Resort in Florida. 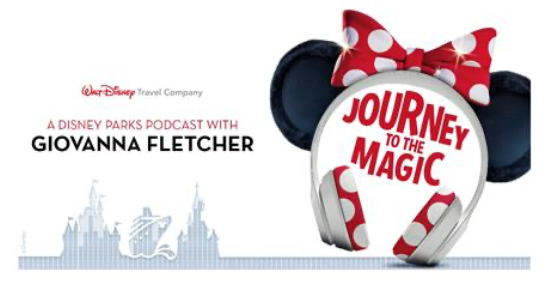 During the six-part series, Giovanna and her guests relive their experiences at the Disney Parks’ iconic attractions, recall special moments with their favourite Disney characters and reveal fun facts about theirtimeattheresortsandontheDisneycruiseships. ResidentDisneyexpert,Elkie,willalsofeature in each episode to reveal her top tips and valuable insider knowledge as well as exclusive updates on the Disney Parks and the special celebrations in store for Walt Disney World’s 50th Anniversary which begins 1 October 2021. 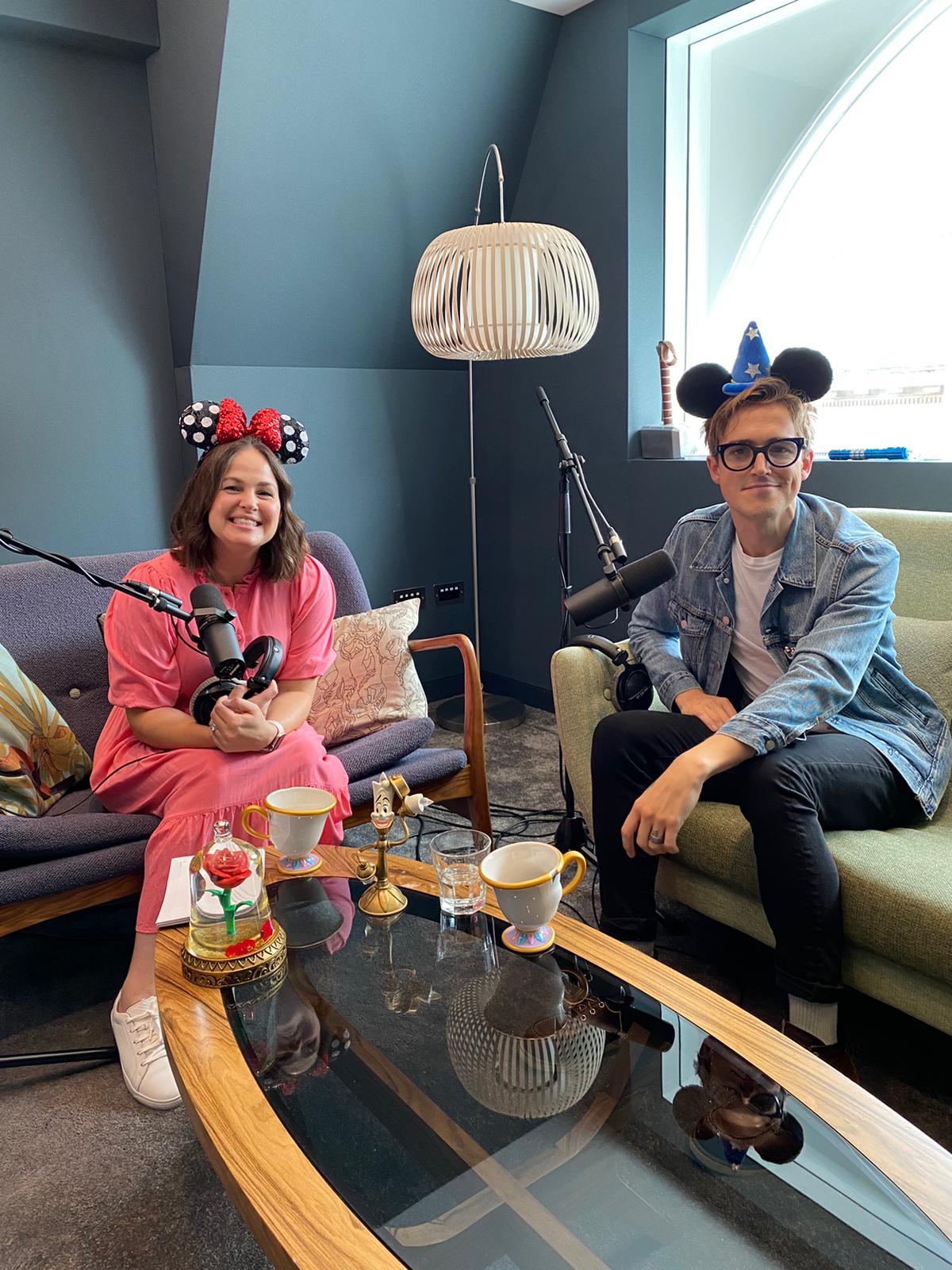 In episode one, Giovanna will be joined by husband and Glitterball contender Tom Fletcher, whilst best friend TV presenter Emma Willis is her guest for episode two, alongside a host of famous guests yet to be revealed for the rest of the series. Each guest will take the listener on a journey, detailing their perfect, fun-filled “Disney Day” from their must do attraction as soon as they step intoa Disney Park,toafternoonsexploring agalaxy far, far away and eveningsenjoying a magnifique romantic meal at a restaurant run by a rat. 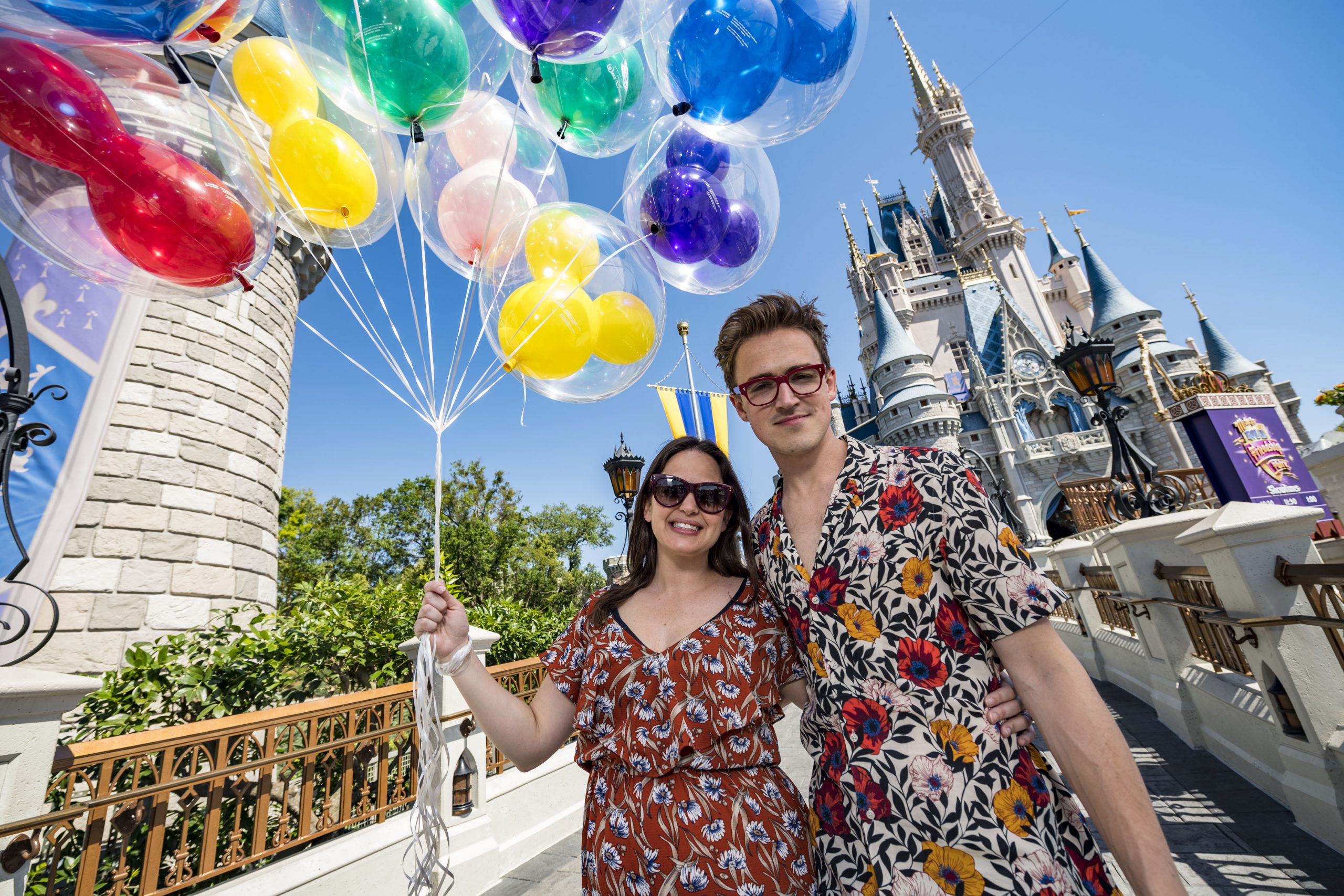 Author and presenter, Giovanna Fletcher, said: “I’ve been a fan of the Disney Parks for a long time and we’ve experienced some of our most magical moments as a family there – including our honeymoon, so I couldn’t be more excited to partner with Walt Disney Travel Company on this podcast. Expect happy tears and lots of laughter as each of my celebrity guests’ take us on a journey reliving their magical trips and talking us through their Dream Disney Day. It brought back so many of my own wonderful memories so I hope Disney fans have as much fun listening to ‘Journey to the Magic’ as I did making it. More than that, I hope that it provides some much needed Disney magic during these times.”

Justin Kliger, Director of Walt Disney Travel Company, said: “Our goal was to make this podcast a joyous destination in itself, for anyone missing that Disney magic over the past year. With our friend

ideas for their next Disney adventure with us.”

Walt Disney Travel Company Presents, Journey to the Magic podcast will be available from Wednesday, 8 September 2021 at www.disneyholidays.co.uk/podcast One lucky winner will also have the chance of winning a magical holiday to Walt Disney World in Florida where they could celebrate the resort’s 50th Anniversary.