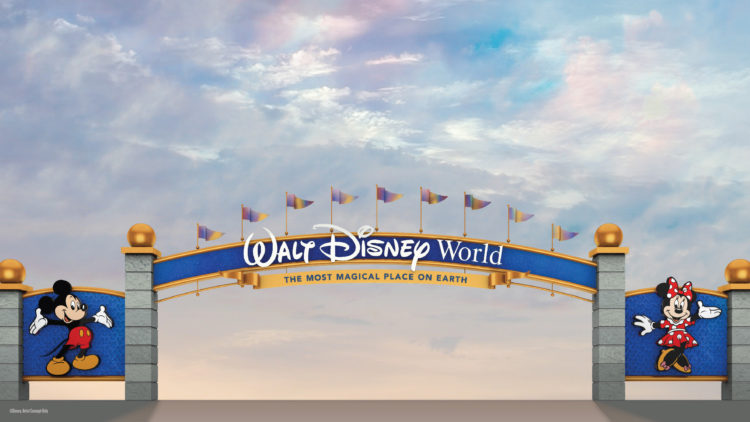 Disney has released an artist rendering showing the entrance with a new colour palette that complements the recent royal makeover of Cinderella Castle at Magic Kingdom Park.

The rendering above gives you a first glimpse at what the entrances will look like when they’re finished; in addition, you’ll see these colors appear on the Magic Kingdom Park Auto Plaza as we bring a new shimmer to that iconic entryway.