Disney has released an official virtual ride through of Seven Dwarfs Mine Train, one of the most popular rides at the Magic Kingdom. 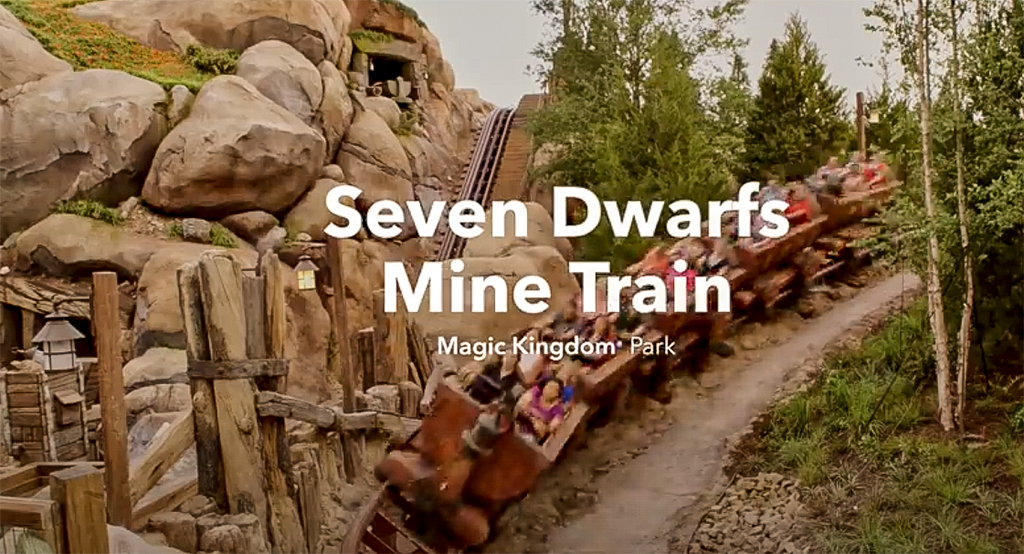 Seven Dwarfs Mine Train is a family friendly coaster in Magic Kingdom’s Fantasyland. It opened to the public on 28 May 2014 as part of a major park expansion called New Fantasyland. The ride is themed around Walt Disney’s 1937 film Snow White and the Seven Dwarfs.

The ride train is themed as a row of mine carts. The carts actually tilt and swing side-to-side to simulate the swaying one would expect to experience in typical a mine cart.

The attraction is designed to appeal to a family-oriented crowd with a cartoon feel and enchanting scenery throughout. There are lots of references to the classic 1937 film in the queue and on the ride itself.

One of my all-time favorite moments of any Disney attraction happens aboard Seven Dwarfs Mine Train inside Magic Kingdom Park at Walt Disney World Resort in Florida … but more on that in a moment.

This rustic mine train in New Fantasyland takes you inside the world of the classic Disney film “Snow White and the Seven Dwarfs.” With your creaky cart teetering back and forth, you feel the wind on your face as you navigate dips and turns before eventually arriving at the lovable dwarfs’ mine.

As you chug through the cavern, you get to see them at work (most of them, anyway … looking at you, Sleepy!), collecting colorful gems. And then as you reach the bottom of an incline leading out of the mine, all the dwarfs’ voices coalesce to sing their famous “Heigh-ho!” chorus. It is such a beautiful moment that literally surrounds you, their voices echoing off the walls and seemingly buoying your train up the climb out of the mine. It gives me chills every time.

In this new “Ride & Learn” video, whistle while you work on discovering all sorts of fascinating facts about Seven Dwarfs Mine Train, one of the most popular attractions in all of Walt Disney World Resort. I’m looking forward to experiencing it again in person real soon when Magic Kingdom Park begins its phased reopening July 11.