Disney has not only been welcoming guests back to their theme parks, they have also been welcoming a new colourful addition to the animal family at Disney’s Animal Kingdom. 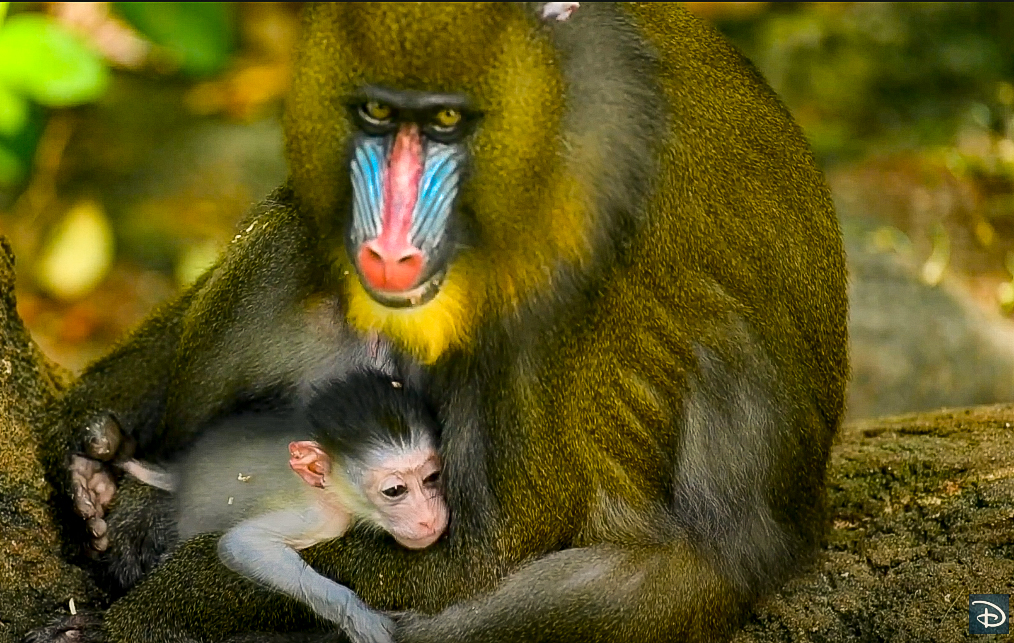 Disney’s animal care team shared the news that on Saturday 25 July, a Mandrill baby was born to mother Scarlett and father Linus.

Mom and baby are doing well and spending lots of time bonding. In fact, their bond is so close that at the baby’s neonatal exam, our veterinary team wasn’t able to determine if the baby is a boy or a girl just yet, because mom is keeping the infant so close to her belly. Scarlett and baby have already begun making short appearances in their habitat on the Kilimanjaro Safari, joining the other members of their mandrill troop 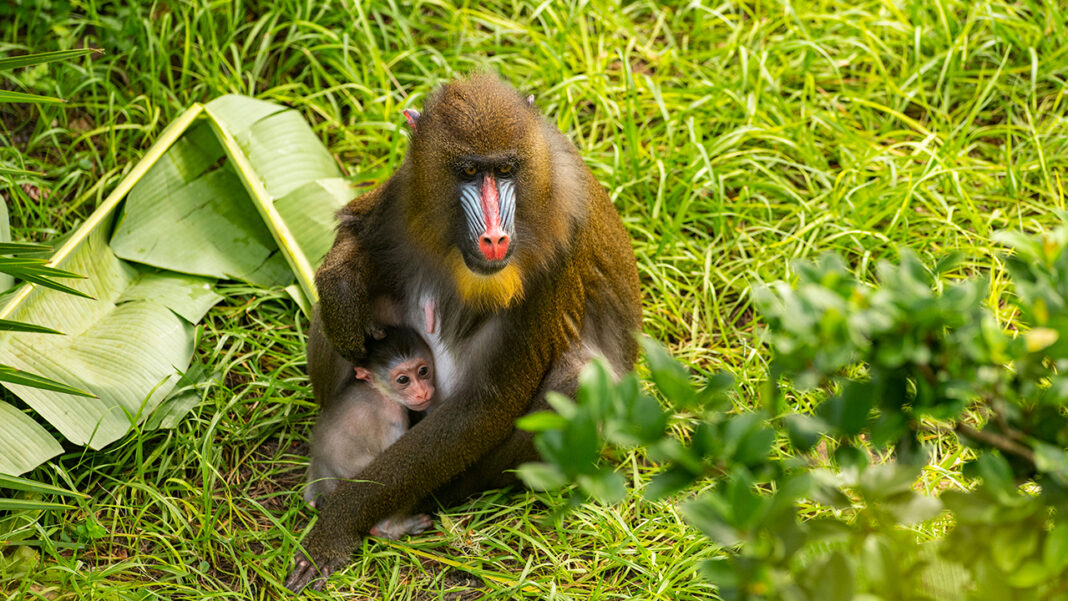 While this little one is pretty tiny now, mandrills are actually the largest species of monkey in the world. They’re a vulnerable species found in African rainforests along the equator, where their habitat is disappearing because of deforestation and poaching. This birth is an example of how our dedicated and highly trained team of Disney animal care experts works with the Association of Zoos and Aquariums (AZA) on Species Survival Plans (SSPs). The SSP assures responsible breeding for endangered species, such as mandrill monkeys, allowing for a healthy and genetically diverse population of such animals for years to come.